He graduated in 1929 at the Politecnico di Milano where the following year he opened his professional studio, debuting as a designer at the IV Triennale of Milan. In 1932, together with the architects Camus and Palanti, he worked out the project for the San Siro district in Milan. He is active in the furnishing sector and setting-up (Steel House with Camus, Minoletti, Mazzoleni, Pagano, Palanti, V Triennale of Milan, 1933; Permanent Pavilion INA, Fiera di Milano, 1935; Aeronautics, Milan 1934; Exhibition of the dwelling at the VI Triennale of Milan, 1936).

With Camus and Palanti he made some popular residential districts in Milan: the district “Fabio Filzi” (1936), and districts “Gabriele D’Annunzio” and “Ettore Ponti” (1938-1941). In the field of design, among other things, he designed a metal and glass radiator in Securit (1938), a series of detachable furniture destined for Italian colonies (1937); The chair Luisa (“Compasso d’oro” award in 1955) and a bookcase with wooden structure and steel cables (1939-1949).

In the 1950s and 1960s he taught interior design at the Venice School of Architecture. From 1963 to 1977 he taught design at Politecnico di Milano.

Albini obtained three Compasso d'Oro awards, the most prestigious Italian design prize. Furthermore,
Franco Albini is considered the most important designer of "Neo-Rationalism". Most of the pieces he designed in the 1950s are “icons”. Among them, for Vittorio Bonacina in 1950 "Gala" and "Margherita" in the Museums VITRA, Weil am Rhein and MoMa (Museum of Modern Art) New York. 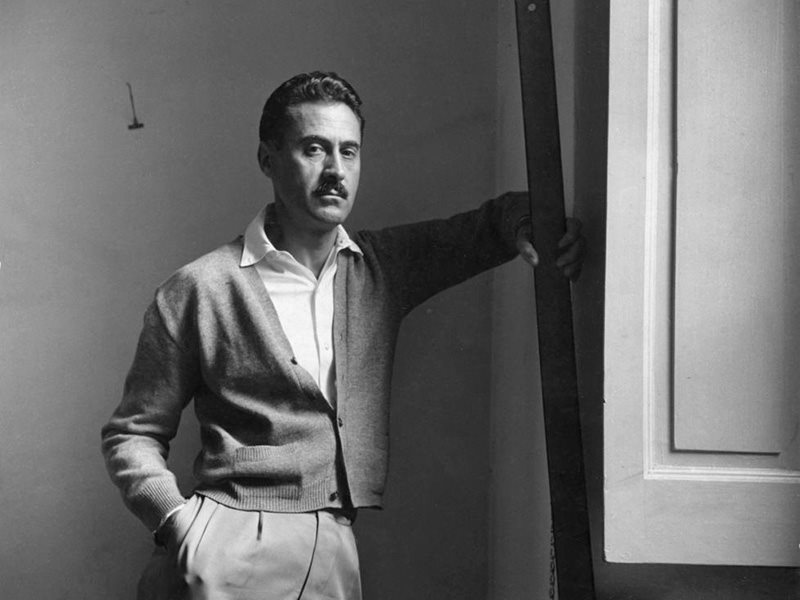