In 1986, the architect, designer and art director Piero Lissoni, with Nicoletta Canesi, founded Lissoni Associati, a multidisciplinary reality that develops architecture, interior and design projects based in Milan. Ten years later, in 1996, Graph.x was born, a visual communication studio specializing in coordinated images and web design. Lissoni Architecture was created in 2013, thanks to the growing number of international architecture projects, followed in 2015 by Lissoni Inc., based in New York, for interior design in the United States, Canada, Central and South America. Lissoni Inc. works in partnership with local architects for all projects in the USA. Today, the Lissoni group, with its multinational team of about 80 people, embraces all areas of architecture, graphics, corporate identity, interior design and product design. The multiplicity of projects includes five star hotels and resorts, commercial spaces, residential complexes and villas, boats, furnishings and lighting.

Piero Lissoni is artistic director of Alps, Boffi, De Padova, Lema, Living Divani, Lualdi and Porro; He also designs products and stands for the aforementioned brands and other companies including Alessi, B & B Italy, Cappellini, Cassina, Cotto, Fantini, Flos, Glas Italia, Golran, Illy, Kartell, Kerakoll, Knoll International, Salvatori, Sanlorenzo , Tecno, Viccarbe. Graph.x is responsible for the image coordinated through the creation of catalogs and advertising campaigns, websites and packaging for most of these design companies. Since 2007 the studio follows the visual coordination for the International Film Festival organized by the Venice Biennale. The ongoing projects include The Oberoi Al Zorah Resort in Ajman (United Arab Emirates) a luxury seafront property that includes a hotel, private villas, restaurants, spa, swimming pools and private beach; The realization of the façade and interior architecture of public areas and rooms of two towers for Swire Hotel, one used as a hotel and the other in residence in Jing’an District in Shanghai; The development of the new brand hotel business hotel Shilla Stay Hotels for the Samsung group (11 hotels in Seoul and several locations in South Korea, 9 already open and 2 to complete); The interior design of the five-star resort in Croatia, Hotel Park, built in front of the port and the old town of Rovinj; The Ritz-Carlton Residences Miami Beach by Lionheart Capital is the upgrading of an ex-hospital in an exclusive residential complex with apartments and villas overlooking the water; Casa Fantini, a charming hotel with 11 rooms and spa on the shores of Lake Orta; The interior architecture of a luxurious townhouse in Chelsea, New York; Private villas in Amsterdam, Geneva and Tel Aviv.

Lissoni recently opened the Roomers Hotel Baden Baden, with 130 rooms and spa in Germany; Completed the refurbishment of the historic David Citadel Hotel with 384 rooms in the Old Town in Jerusalem; Has completed the new flagship stores of De Padova and Fantini in Milan, Lema in London, the Alpi showroom in Milan, the Kerakoll Design Lab in Sassuolo. These works are followed by numerous international showrooms for Boffi, Cassina, Living Divani and Porro. The sensitivity of Piero Lissoni and her love of food and kitchen design led the studio to draw D’O’s restaurant for the famous chef Davide Oldani in San Pietro all’Olmo (2016) and the restaurant Filippo La Mantia Oste And Cuoco (2015) for the Sicilian chef in Milan. In the cultural field, Lissoni’s interest in the art world led him to draw a retrospective of photographer Giovanni Gastel, curated by Germano Celant, at Palazzo dellaRagione (2016), the room for temporary exhibitions of the Bagatti Valsecchi Museum , Inaugurated with “The Triptych of Antonello da Messina” (2015) and the exhibition of the Renaissance painter Bernardino Luini and his sons at Palazzo Reale (2014) in Milan.

Architectural achievements include the Grand Hotel Billia in Saint Vincent (Aosta) with the adjacent Parc Hotel Billia, the L’Eve spa, the Casino de la Vallée and the Congress Center (2013-2014); The renovation of Mare Pineta (2011-2013) hotel and beauty farm in Milano Marittima, the first Grand Hotel on the coast inaugurated in 1927; The Conservatorium Hotel in Amsterdam, a former conservatory converted into a luxury hotel (2011-2012); Hotel Bellariva, a historic residence on Lake Garda, converted into a charming hotel (2010); Pierre Hotel Presidential Suites in New York (2010) and Taj Mahal Palace Hotel in Mumbai (2010); The Mamilla Hotel with 210 rooms and suites in the Old City in Jerusalem (2009); The restructuring of the National Theater in Milan (2009); The 8 storey Benetton Flagship Store in Kadıköy, Istanbul (2009); The restoration and interior design of Hotel Monaco & Grand Canal of Venice (2002-2004). Lissoni completed the offices of Matteograssi (2011), Glas Italia (2010) and Living Divani (2007), all around Milan; In partnership with the shipyard Mondo Marine, has built 50m (2007) yacht Tribe and, with Brenta Yacht Design, the interior of the Ghost sailboat from 36m (2005). Incursions in the field of fashion include collaboration with the Italian brands Benetton, Gallo, Santandrea and Serapian and New York designer Elie Tahari.

Piero Lissoni’s work of architecture and design is recognized in the world, receiving numerous international awards, including the Good Design Award, the Red Dot Award, the ADI Compasso, the Elle Décor International Design Award, the Wallpaper Design Award. Lissoni is a visiting professor and member of the Advisory Board of the Politecnico di Milano, an Honorary Design Hall of Fame in New York and nominated Honorary Member of Altagamma International Council. 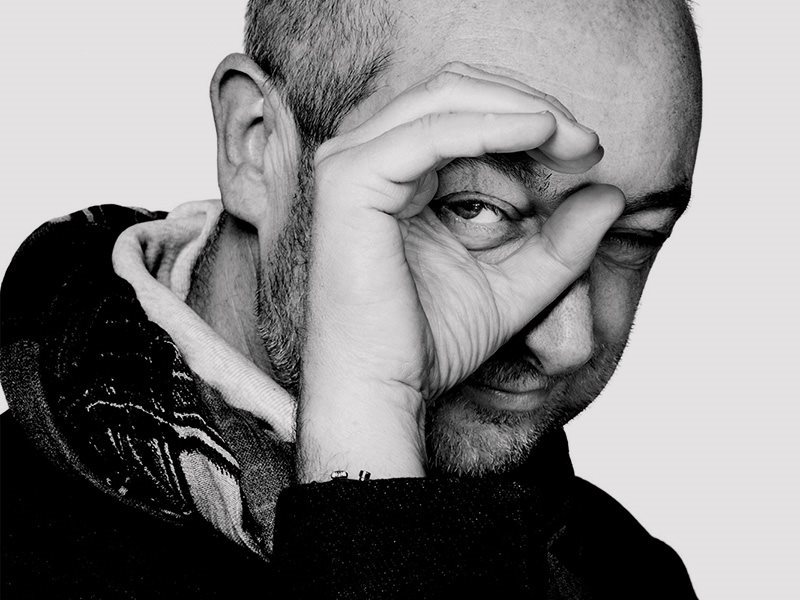